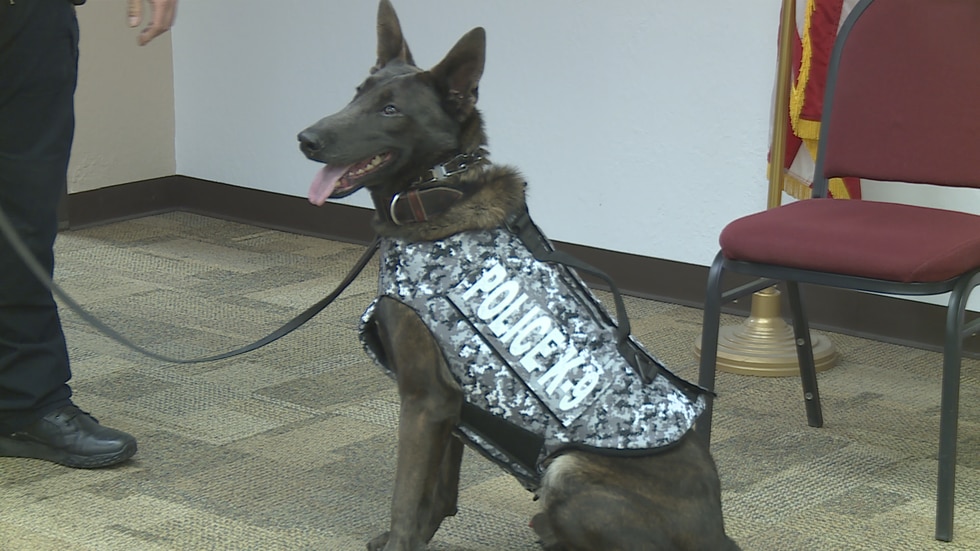 BELVIDERE, Ill. (WIFR) – A K9 from the Belvidere Police Department will look different the next time it visits the area. Solo, the only K9 patrol with the local police department, now proudly sports a new bulletproof and stab-proof vest.

“They’re cops like us,” Handler Richard Zapf said. “They are there first. We continue on a track and we don’t know what we’re following or anything like that. This allows them to know you, to be protected as much as we are.

Earned interest in K9s provided the gear after the solo met all age requirements. Zapf says working with the dog isn’t as easy as it seems.

“It’s probably the hardest thing I’ve ever done in my career as a police officer. But it’s also the most rewarding,” says Zapf.

Belvidere Police Chief Shane Woody said there was never any doubt that Zapf was the right person for the job.

“I think those of us who own dogs understand what it takes just for general obedience, to watch these working dogs in action and to see what they are capable of. It’s something that is really impressive,” says Woody.

Solo’s training included drug detection and criminal apprehension. Officers say they are a huge boon to the ministry and the community.

“One of my first calls back from training was for an elderly man with Alzheimer’s disease. We try to do our best to make ourselves known to the public and simply demonstrate what you can really do.

The Mazaika Family Foundation allowed solos to wear vests. Embroidered on the vest are the words “In memory of Brian Mohl #283”.

Chef Woody previously worked with dogs. He says if he can start his career again, he will apply to become manager of K9.