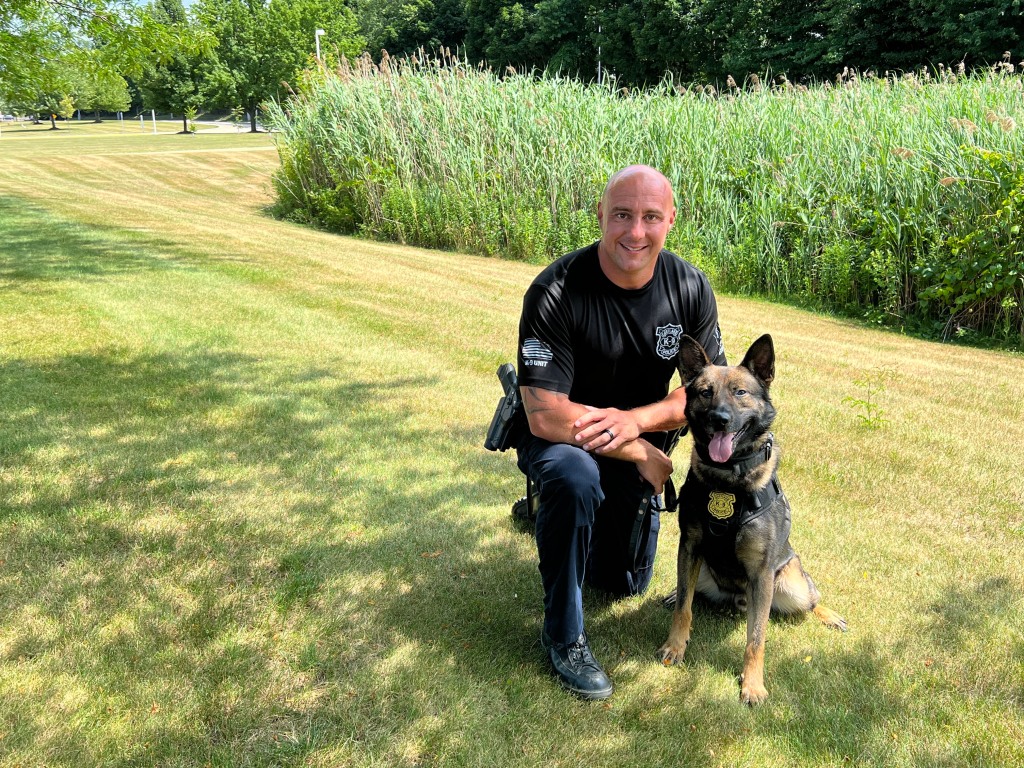 Being a K9 handler is ‘the best police job’, says Eastlake officer

“I made a track for Willoughby,” he said. “A guy supposedly with a butcher knife ran from West Lake and we followed him from the parking lot for almost half a mile, and 90% of everything was asphalt and concrete. Normally you can smell the smell in the grass and dirt, but when we found the guy in less than two minutes, it was an eye opener. It was amazing to see what these dogs are actually capable of.

Ward began his law enforcement career in Fairport Harbor. After two years, he left Fairport and went to the Lake County Sheriff’s Office where he worked as a patrol officer for five years.

“I got laid off in 2012, then went to Eastlake part-time, then full-time,” Ward said. “I had three house dogs before I had the working dog. I have always enjoyed training them and being with them.

K9 Axel, Ward’s dog, is from Slovakia and is half German Shepherd, half Belgian Malinois and dual purpose. When he’s home, Axel will follow Ward around the house and lay at his feet no matter which room he’s in.

“If I get up to walk around, he looks around the room to see what I’m doing,” he said. “They go to work with us while our family stays at home, so we spend more time with them than anyone else. The second he sees you putting on your boots and getting ready, he circles at the door and bounces on it, wanting to get in the car, so he knows what’s going on.

As this work is ongoing, Ward said it takes a lot of energy to be a K9 manager.

“They test you every day and you’re constantly learning,” he said. “You will work with them at home in your free time. If the dog has a problem, you learn how to solve it and move on to the next problem. They will test your patience for sure.

Due to the fact that K9 handlers are with their dogs all day, every day, the relationship between the two is different, Ward said.

“They can tell, on your driving habits, that you’re going somewhere that’s potentially going to get them out of the car,” he said. “They start circling in the back and bouncing off the doors. That’s before you even hit the lights and sirens. They will run at 35 miles per hour over a brick wall and run over it, trying to get a decoy 10 feet in the air. This is by far the best aspect of police work that I have encountered.