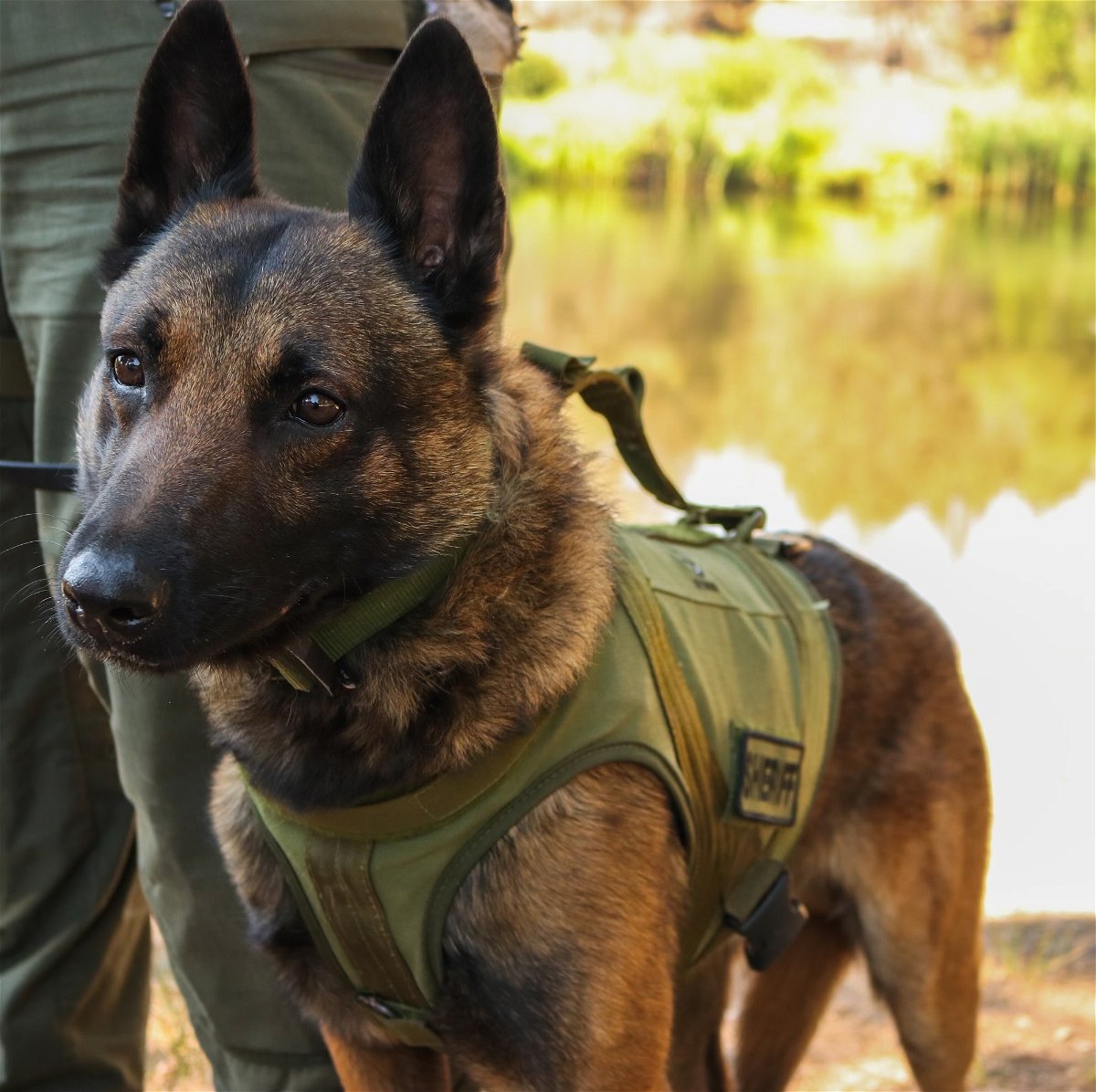 He came from K-9 Storm and was purchased through K-9 Budget. K-9 Storm sells vests, collars and leashes.

Deputy Ryan McNee said Friday that these new vests are thinner and lighter than previous equipment. He also said that it is the lightest vest on the market that offers the highest level of protection. What sets these vests apart is that they are custom made.

Sergeant Jayson Janes said: “Our dogs can wear them the whole shift, and they won’t have any raw spots or injuries or anything wearing the vest during the day.”

The sheriff’s office has five patrol dogs and a bloodhound, each with a human partner.

The plan is to equip all patrol dogs with the upgraded gear.

McNee said: “We send dogs into situations where there is a risk of injury just from the environment under crawl spaces and houses, construction sites with rebar and sharp objects sticking out. It’s just a myriad of things that we ask these dogs to do, and they need protection and we can protect them.”

He said his K-9, Rico, is handling the new gear well.

“He’s able to do everything he did with his very minimal harness before,” McNee said.

Cali the K9 takes us through a SAR training session