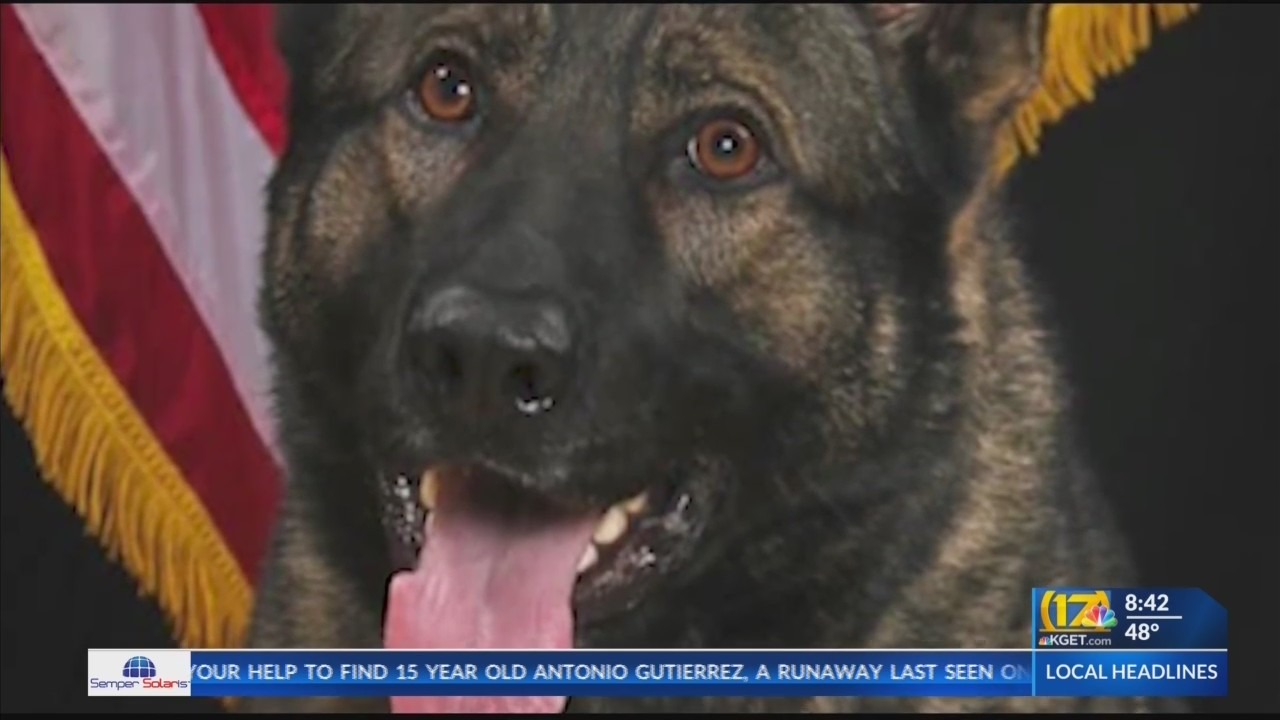 DISCLAIMER: The video in the story may upset some viewers.

BAKERSFIELD, Calif. (KGET) – Caught on video, an officer involved in the shooting leaves an injured local police dog and leaves a long list of questions about what happened.

Top of the list is what happened to the suspect who was the target of a barrage of police fire, at least 30 shots fired.

It happened last night on Sherwood Avenue in the town of McFarland, about 25 miles from Bakersfield, but it now involves at least three police departments.

It was a high risk car stop after a car chase, we know from a statement from the Delano Police Department.

The McFarland Police Department made no statement and did not respond to repeated phone calls. But today’s viewer video and interviews with neighbors provide some insight into what happened.

Residents say the McFarland Police Department stopped the car, but the driver refused to get out.

A crowd gathered as the clash continued. In the video, you can hear bystanders yelling at the suspect, to surrender, as his family watched.

Finally, the dog is released. Just as the dog reached the car, you can hear a passerby yell, “He’s got a gun!”

Then you hear the barrage of gunfire. Delano police say their dog, Axel, was injured and is receiving veterinary care.

The Delano police statement does not describe the dog’s condition and no one is saying anything about the suspect’s condition.

In a second video, although the quality is poor, you can see the Delano police SUV racing the dog to the hospital.

You can also see officers pull the suspect out of his car, and you can see an officer take a gun from the street near where the suspect is. You see the officer put the gun on the hood of a police car.

We learned last night that the sheriff’s office had been called to investigate.

What happened to this suspect? We do not know.

Why was he arrested? No one will tell.

There are many more questions than answers on this shoot. We’ll keep asking them, and let you know today.

We know the Kern County Sheriff’s Office was asked to help with the investigation, but they also did not return phone calls over the holiday weekend.