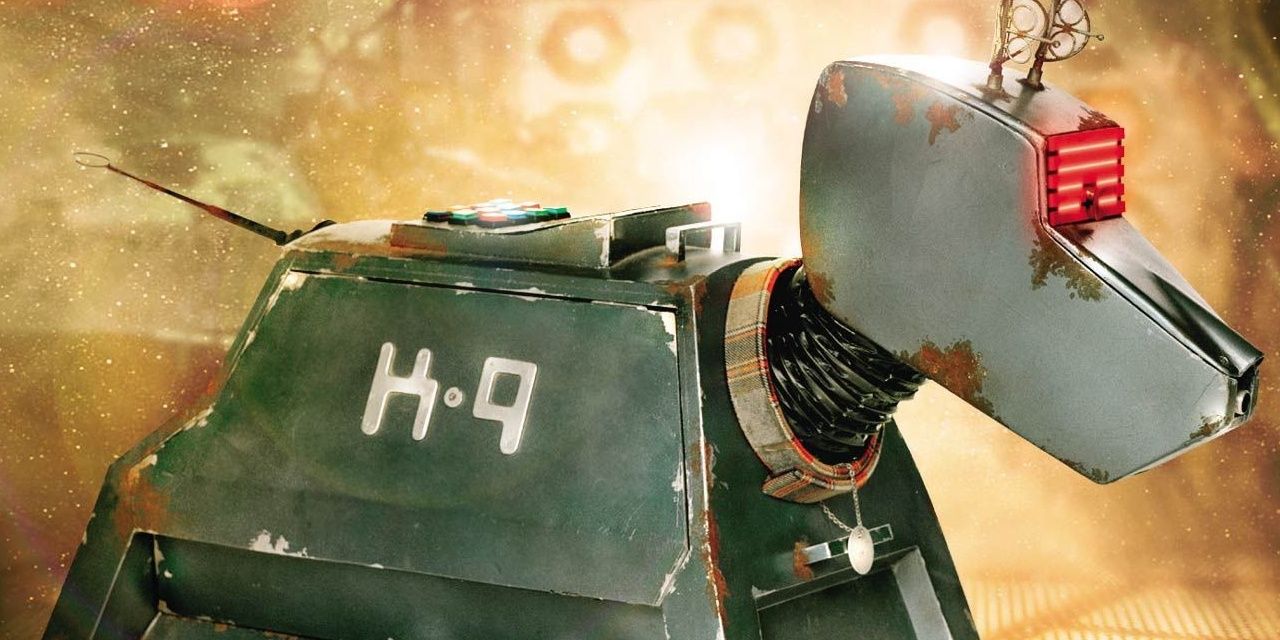 Doctor Who: The Story Behind K9

The long-running tale of everyone’s favorite never-ending English sci-fi story features some of the most beloved stories alongside plenty of questionable decisions. Doctor Who is reaching its 60th anniversary, and no show can live that long with every element of tradition intact.

A lot of Doctor Who fans didn’t enter the series until the reboot series in the early 2000s. The fan base was drastically changed when David Tennant brought his unique charm to the role, and not all fans returned to experience the decades of series experience. There are endless worlds of weird decisions lurking in these 60s and 70s episodes of the beloved series.

GAMER VIDEO OF THE DAY

RELATED: Doctor Who: The Story Behind The Iconic Theme Song

Anyone with passing familiarity with the Doctor Who format understands that the mysterious Time Lord always travels with one or two ordinary people. His companions vary wildly in all parameters. Some are staples of the franchise while others are forgotten upon their introduction. The Fourth Doctor, still the longest-running iteration of the character, has garnered quite a roster of sidekicks over his seven seasons. Played by Tom Baker, Doctor #4 was best known for his distinctive colorful scarf and obsession with candy. Baker is considered one of the most recognizable and beloved incarnations of the character, even today, forty years after his tenure on the show ended. During Baker’s long journey, he encountered a hard-nosed journalist, a powerful alien warrior, a precocious teenage genius, another member of his own species, and, of course, a robot dog named K9.

There have been no less than four iterations of robot dogs operating under the name K9. The first was introduced in the 1977 series The invisible enemy. The original model was designed by a professor named Marius who found he would be unable to take his beloved dog into space. Distraught and lonely, he decides to build a cybernetic replacement that could also serve as a computer. The adventure’s plot sees the Doctor confronting a swarm of hostile viral creatures who seek to make the Time Lord their host. K9 is integral to stopping the swarm’s violent onslaught, so Marius gives him to the Doctor as a new companion. This Mark I version of the character didn’t last long. It was meant to be short-lived, but the studio wanted it due to its popularity with children. He canonically left the team only four series later, to be replaced by an identical model.

K9 Mark II stayed a bit longer, lasting around three years before being handed over to Doctor’s Time Lady companion Romana. Both versions of the character offered the ability to fire a laser blast which proved useful in various situations. Mark II added some extra level of perception that made him able to warn the Doctor of any danger. Mark II was also nobler and generally more useful than the original. He suffers an injury that prevents him from continuing to travel with the Doctor, leading to his peaceful retirement on the Doctor’s home planet of Gallifrey. Some non-series elements depict him alongside Romana as she takes over the planet.

The third iteration of K9 first appeared in 1981, in the first of two attempts to turn the robot dog into a solo property. The spin-off K-9 and company did not receive a series order after its pilot, leaving the rest of Mark III’s journey to comic books and audio games. The spin-off would have concerned K9’s travels with the 4th Doctor’s former companion Sarah Jane Smith. The duo appeared together in the 20th anniversary series special, before Mark III’s final appearance in 2006. The first K9 unit also had a shot at spinoff stardom with the 2009 series. K9. This show mixed live-action and CGI and only lasted 25 episodes longer than the first attempt. Interestingly, the show has not been officially licensed to use Doctor Who iconography. This made legal exploitation difficult, so the series is forced to make the distinction between referencing K9’s past and avoiding legal trouble.

The fourth and final version of K9 first appeared in 2006, shortly after David Tennant’s tenure with the character. He then joined the more successful Sarah Jane spin-off, making several appearances alongside the frequently co-starred companion. Behind the scenes issues have always plagued K9’s appearances in Doctor Who. The creators of the original 1977 series claimed the rights to the character, which led to the failure of the 1981 spin-off. The multiple new interpretations of the character were sinister attempts to circumvent the creator’s ownership. It was always a rough back and forth, but in the late 2000s, the creators and the studio struck a deal, leading to more consistent appearances.

K9 was a strange phase for the franchise that modern incarnations sometimes like to recall. On the small screen, K9 was only an occasional ally who appeared on special occasions. Behind the scenes, it’s an eerie reminder of just how difficult a long-running series can be.

MORE: Doctor Who: 6 Things We Want To See In The 60th Anniversary Episode

crpf: K9 unit: Soon dogs will be “extra eyes”, couriers for the CRPF in combat zones