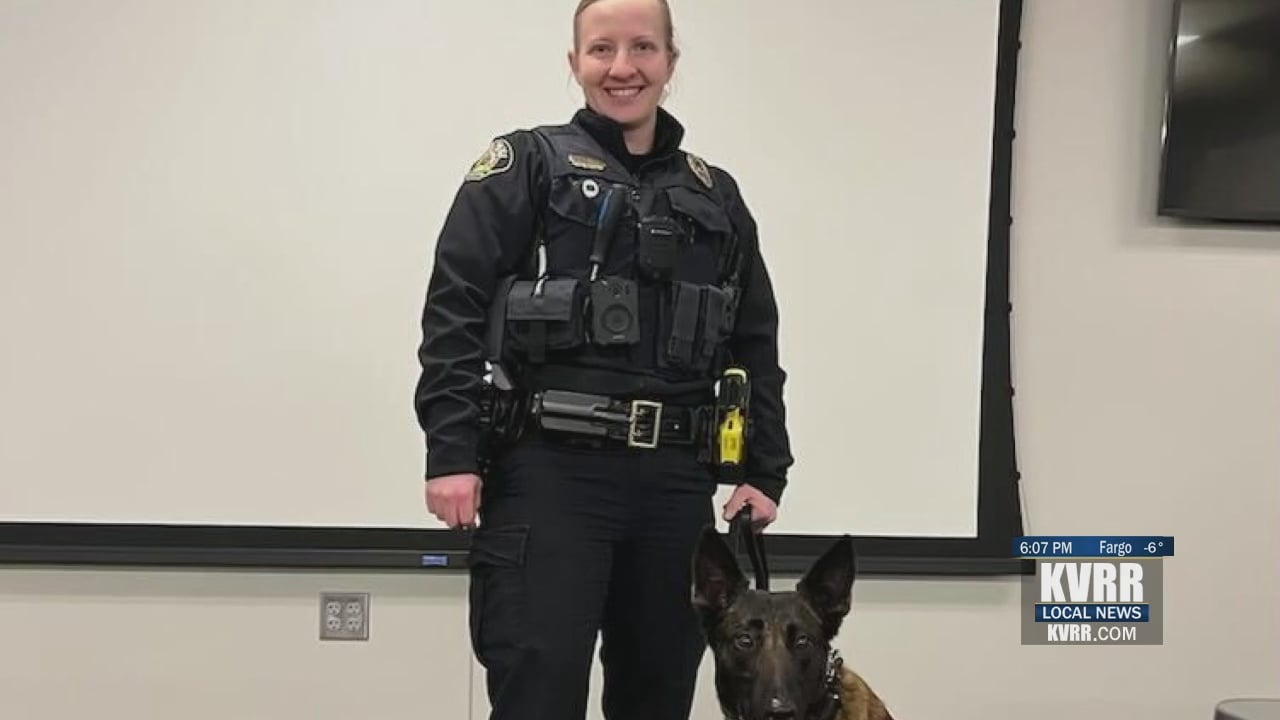 “Obviously I’m a different person than he met and we didn’t have a lot of interaction before that, so it was just kind of like, ‘Hey, who are you? And now our journey begins,” said Fargo police officer Elizabeth Miller.

Toby has been with the Fargo Police Department for three years now and responds to commands in Dutch, an officer language that Miller had to learn.

Toby had a different partner before Officer Miller. It was an adjustment for him.

“So we were gone for those six weeks. We had training in explosives detection and patrol work,” Miller said.

This six-week training in Pennsylvania was crucial in bonding and establishing a relationship between Officer Miller and his new partner Toby.

“Mostly so he knows who’s looking after him and who he’s teaming up with to complete the mission,” Miller said.

Toby lives with Officer Miller and his German Shepherd.

She says he eats normal dog food and is playful when he’s not on time, but when it’s time to lock up he’s good to go.

“We look forward to getting out on the streets to serve our community and keep the community and our officers safe. I think we’re both excited to get to work,” Miller said.

Officer Miller and Toby are the fourth duo in the K9 unit and look forward to continuing to build a strong relationship.