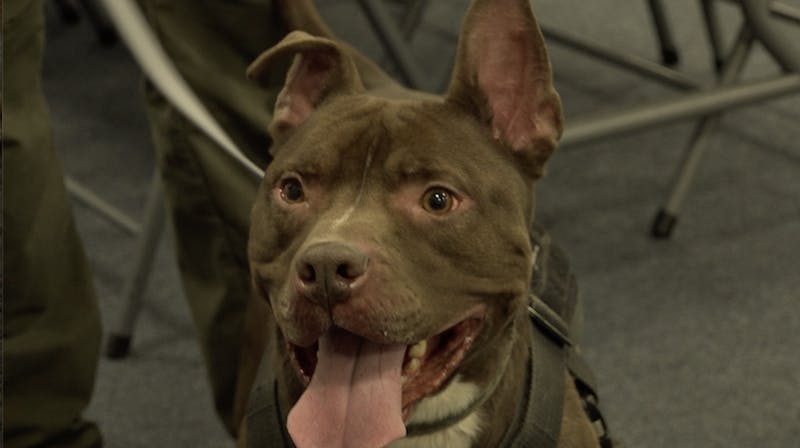 MUNCIE, Indiana — Jasper’s life hasn’t always been easy. From back and forth between animal shelters and different families thinking he had found a forever home, to one family leaving him running and getting hit by a car.

Days before he was euthanized and at his last drop, an organization called The Throw Away Dogs Project saw Jasper’s energy and drive to get a tennis ball they thought he would be a great dog for. work with law enforcement.

“We took a chance and I’ll tell you, I wouldn’t trade it for anything,” Money said.

Money and Jasper have been partners for four years and are Money’s partner for all traffic stops and other police duties.

“He definitely makes the day go by quickly, sometimes I find myself talking to him while we’re driving and asking him what he’s thinking and then I laugh,” Money said.

Jasper’s main objective as Money’s right-hand man is to detect different narcotics. When he finds something, he sits down and looks up at Money. All Jasper commands are in Dutch.

This is the Greensboro Police Department’s first K9, as well as the first Pit Bull breed of an Indiana K9. Money says he hopes this isn’t the last time police departments consider having Pit Bulls in their K9 unit and a shelter dog.

Shelter data from the ASPCA revealed that the number one admission breed to animal shelters is Pit Bulls, and they are also the most euthanized.

“I wish I could change everyone’s mind, but I can’t. The narrative about Pit Bulls is extremely false. They’re not just allied dogs or junk dogs, they’re extremely intelligent and our brains can’t even figure that out,” Money.

Jasper comes home with Money every night and acts like a normal dog when not on duty. At home, Jasper has two dog siblings who Money says are his “buddies.”

“Sometimes when I’m hungry on the shift and we go get some food, I bring him a puppy cup and he loves it,” Money said.

If you want to follow Jasper and his adventures as a K9 cop for the Greensboro Police Department, his Instagram is @k9.jasper and TikTok @K9Jasper.

Contact Terra Konieczny with questions or concerns at [email protected]