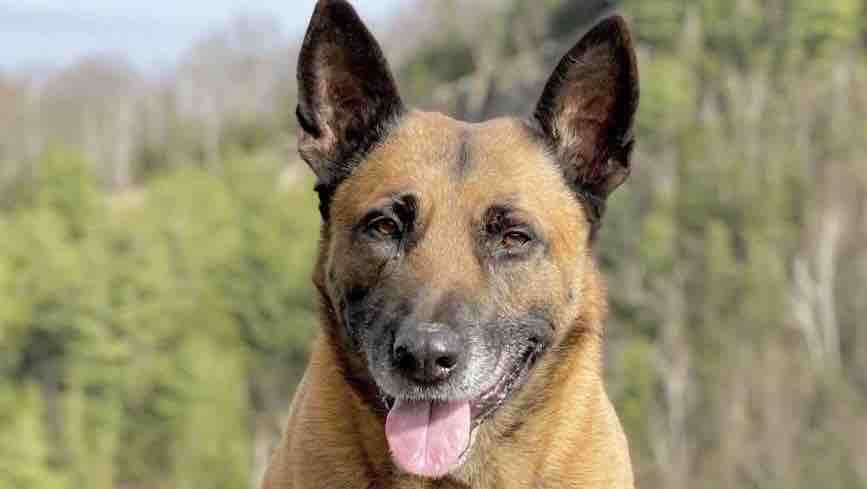 We ask for your help in honoring the sacrifice of MA State Police K9″ Frankie. On July 26, 2022, Frankie was shot during an attempt to apprehend an armed suspect who had barricaded himself at a residence in the city of Fitchburg.

Nero’s Law, signed by Governor Baker earlier this year, allowed Frankie to be taken by ambulance to nearby Wachusett Veterinary Hospital. Although life saving measures were administered, Frankie sadly succumbed to his injuries along with his partner and best friend, Sgt. David Stucenski at his side.

Frankie was a highly decorated 9-year veteran of the MA State Police, garnering multiple awards for gallantry and gallantry throughout his career. Respond to every call to duty with intelligence, immense courage and an unwavering dedication to the protection of the public.

Help us raise the funds needed to recognize Frankie’s service by erecting a granite statue in her likeness at Fitchburg Police Memorial Park. This tribute will commemorate his ultimate sacrifice not only for his service to the City of Fitchburg, but also as the first MA State Police K9 killed in the line of duty. The support of our community is essential to help us achieve our goal.

Any surplus after funding and completion of the statue will be donated to Mass Vest a dog, a non-profit organization in the name of K-9 Frankie.

Any questions can be directed to the Vice President of the Fitchburg Police Relief Association, Officer Ryan Kreidler at the following address;