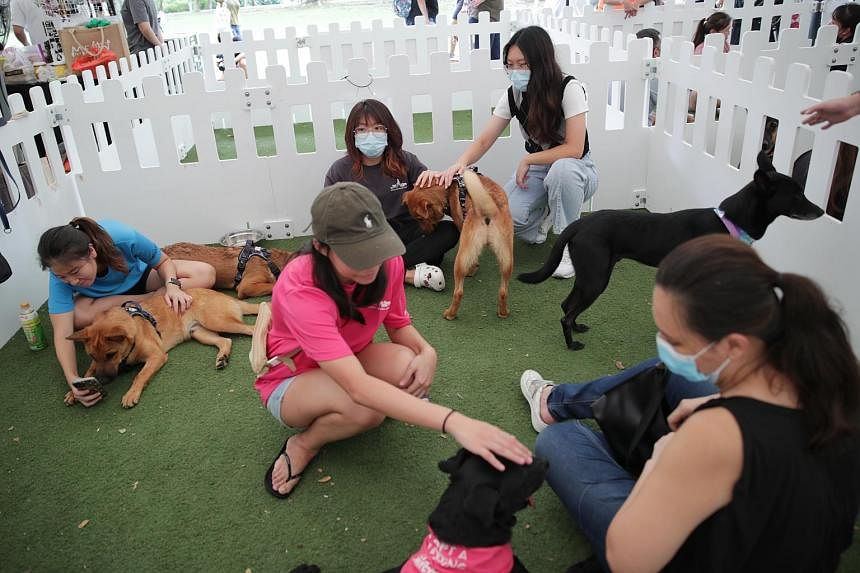 It comes after a two-year trial that resulted in the repatriation of more than 260 dogs above the height of 50cm and 16 K9 sniffer dogs between March 2020 and March this year.

The expanded criteria of Project Adore – an initiative led by the Animal and Veterinary Service (AVS) to reduce the number of stray dogs on the streets – has helped more dogs find new homes.

As part of the pilot project that started in March 2020, AVS increased the height limit for dogs that can be adopted through Project Adore from 50cm to 55cm and removed the 15kg weight restriction.

The scheme for adopting retired sniffer dogs has also been extended to the public. Previously, only existing and newer K9 officers were allowed to adopt them.

Launched in 2012, Project Adore is supported by HDB and animal welfare groups such as Action for Singapore Dogs (ASD) and the Society for the Prevention of Cruelty to Animals.

Minister of State for National Development Tan Kiat How, who attended an AVS event at Bishan-Ang Mo Kio Park on Saturday, said that when the Adore project started, some HDB residents had reservations about the fact that their neighbors kept larger dog breeds.

“However, our partners at the Animal Welfare Group have ensured that strict adoption requirements are followed to minimize inconvenience to the community,” he said.

As part of Project Adore, animal welfare groups will screen potential adopters and assess the dogs’ temperaments to determine their suitability for rehoming.

Adopters must complete a mandatory six-session obedience training program with their dogs.

“It shows that the training programs the dogs follow are working.”

He added that during the pilot complaints were mostly about dogs barking and not being leashed, which could easily be fixed with training.