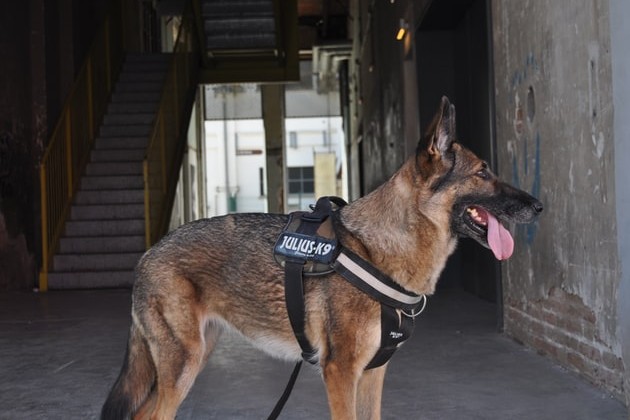 (KNSI) – The Kandiyohi County Housing and Redevelopment Authority is under fire after allegedly allowing the Willmar Police Department to use an occupied apartment complex for K9 officer training purposes without notice to tenants.

A photo of a flyer posted in the apartment was obtained by the American Civil Liberties Union of Minnesota. In this regard, the Kandiyohi County HRA told residents of the Lakeview apartment complex that they were delighted to partner with the Willmar Police Department for K9 training exercises in the building and that the police would come. “at any time during days, evenings and weekends and without further notice from Kandiyohi County HRA to tenants and guests. The flyer said police would have access to the grounds, all common areas, hallways, stairways and vacant apartments.

This prompted the ACLU of Minnesota draw a letter to Willmar City Council, the Mayor and the Kandiyohi County HRA, saying, “Such a project would essentially forcibly convert the homes and living spaces of all Lakeview residents into a de facto police state.” The letter was also copied to Willmar City Administrator, Police Chief Jim Felt and the City Attorney.

The ACLU said it was concerned the training involved stop-and-search maneuvers like sniffing tenants’ doors, citations and arrests. They say it opens the door to excessive force and raises the issue of constitutionality under the Fourth Amendment protecting people from unreasonable search and seizure without consent and without “articulated suspicion of criminal activity.”

Calling it bad public policy, the ACLU says the training drills “will disproportionately subject public housing residents, including low-income people, immigrants and Black, Indigenous and people of color to a experience of police training without their consent at a time when our state is experiencing trauma from excessive police force.

The ACLU urged the Kandiyohi County HRA to sever its partnership with the Willmar Police Department regarding training at Lakeview Apartments.

KNSI has contacted other sheriff’s offices and local police departments regarding their K9 training tactics and whether occupied buildings such as apartment complexes are used.

From the responses we received, none of them employ K9 training tactics in occupied buildings. One said that vacant buildings are used with the owner’s consent and that if the training took place in an otherwise occupied building, it would take place after hours and again, with the owner’s consent. Another said K-9 training in real-world scenarios is key to ensuring the dog and handler are ready to serve our citizens at all times. They train in a variety of buildings when not occupied by the general public. If the training requires the presence of people, it is carried out with volunteers and other agents who understand and accept the activities. The exception to this would be a sleuth during a missing person investigation.

In an email sent to the KNSI by Willmar Police Chief Jim Felt, he said the ACLU had not contacted the department before the letter was sent and explained that community members also had not directed any questions or comments to either him or the department. coaching.

Felt says he is “extremely disappointed with the misinformation and implications the ACLU has placed in his letter, as well as their related social media posts.”

Felt says the Willmar Police Department “works very hard to provide fair and unbiased law enforcement to all members of the community and to continually build positive relationships with those we serve.”

Terri Nelson of the ACLU of Minnesota says they haven’t received an official response yet, but Willmar Mayor Marv Calvin responded via email to say he understands the staff “plans to discontinue this training until more information is obtained”.

An email sent to Kandiyohi County HRA was not immediately returned.

Copyright 2021 Leighton Enterprises, Inc. All rights reserved. This material may not be broadcast, published, redistributed or rewritten in any way without consent.