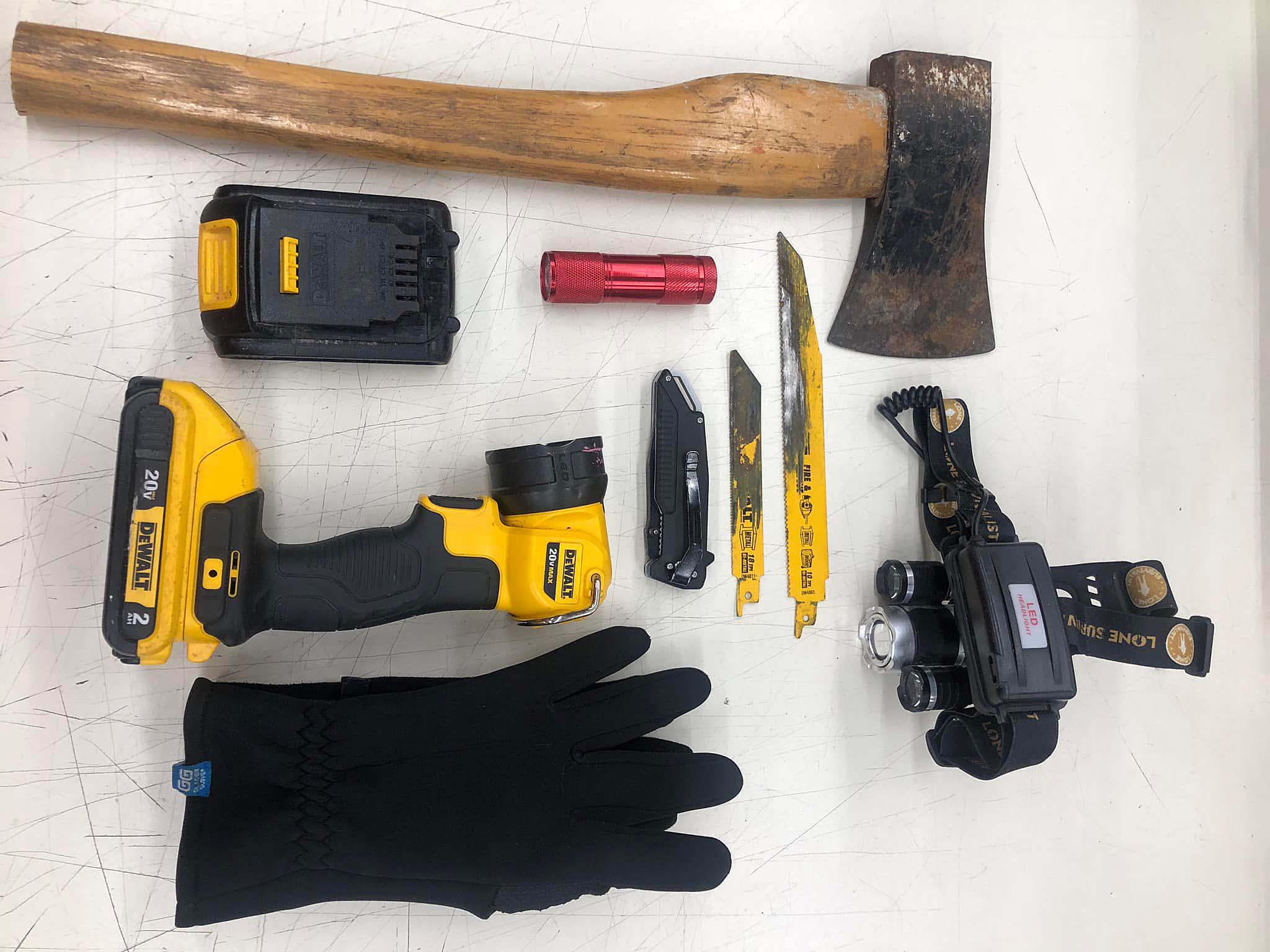 MILFORD — City police arrested a man early Wednesday who they believe was caught in the act of stealing a catalytic converter from a local resident’s vehicle.

At around 3 a.m., the city’s emergency dispatch center received a call from a resident of Baker Street reporting that a man was cutting out the catalytic converter on a vehicle in their driveway, police said.

Officers working the night shift responded and saw a man on a bicycle fleeing the scene with the catalytic converter under his arm, police said. The individual was identified by police as Anthony Machia.

Police say Machie abandoned the bike and took off on foot in the area near the athletic fields at Jonathan Law High School. Officers surrounded the area and arrested Machia after a lead from police dog Seymour Argus.

When he was taken into custody, police said Machia had a small axe, saw blades, flashlights, headlamp and other items used to commit such incidents.

Machia was taken to police headquarters and charged with fourth degree robbery and second degree criminal mischief. He was unable to post the $20,000 bond and was arraigned in Milford Superior Court on Wednesday morning to be arraigned. No updated court records for Machia were available Thursday morning.