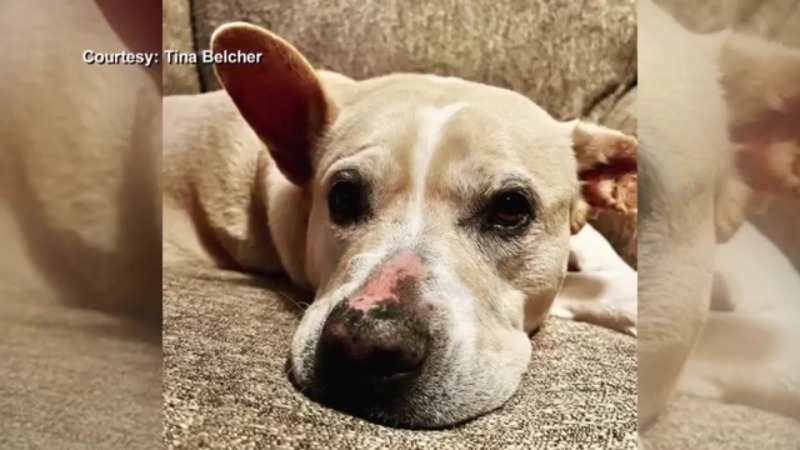 HARLINGEN, Texas (ValleyCentral) — A local K9 trainer provides tips on how to handle and identify a possible dog attack.

Harlingen resident Tina Belcher said she was the victim of a dog attack when her own dogs bit her as she tried to break up their fight.

“It was a very traumatic experience. It was a Sunday morning. I have two pit bulls. Dad is male and Sable is female,” she said.

As she tried to stop the fight, the dogs became aggressive towards her.

“When I pulled them apart, one of them bit my fingertip. So, I lost the tip of that finger,” she said.

She also suffered a bite wound on the back of her foot.

“She got my ankle, so she lacerated my Achilles tendon,” Belcher said.

She said her husband was also bitten during the attack and they were both rushed to the emergency room where she received 25 stitches in her ankle.

Belcher said doctors said she might not walk properly anymore, but she was fine.

“Now I’m not that scared, but if I see them growling or barking, it all comes right back to me. It’s a form, I would say post-traumatic,” she said. declared.

Hubert Neri, a K9 trainer with DHK9 in Brownsville, said there are signs to look out for in the event of a dog attack.

“If the dog is right there and he’s licking his lips…he’s getting ready to bite.” Another, if that tail goes straight up and it doesn’t move, it’s right there. His hair is up, he’s focused on you and he’s ready to commit,” Neri said.

He said breed is not a factor in dog attacks.

“There is a misconception that the pit bull is a very dangerous dog. All dogs are dangerous,” Neri said.

He added that knowing how to handle your dog will help reduce serious injuries.

Neri explained that if your dog is fighting with another, don’t grab them by the collar to pull them apart.

“The best thing to do is just grab them by the hind legs and pull them. Of course they are still engaged but they will break free and you will be safe,” he said.

He said there is standard legal protocol for dog attacks.

“The doctor calls animal control and the sheriff’s department or the police, and then they come and they quarantine for ten days,” Neri said.

He explained that the judge can order the dog to be put down or the owner can make that decision if he doesn’t feel safe, but added that with professional assessment and training, the dog’s behavior can change. .

Belcher said she decided to keep her dogs after the attack.

“Everyone told me to put them to sleep and I refused to and they gave me a lot of life, more than they took from me that day,” she said. .

K9 Jinx, killed in the Manitou shootout, remembered for saving lives; ‘he was one of us’ | Local News