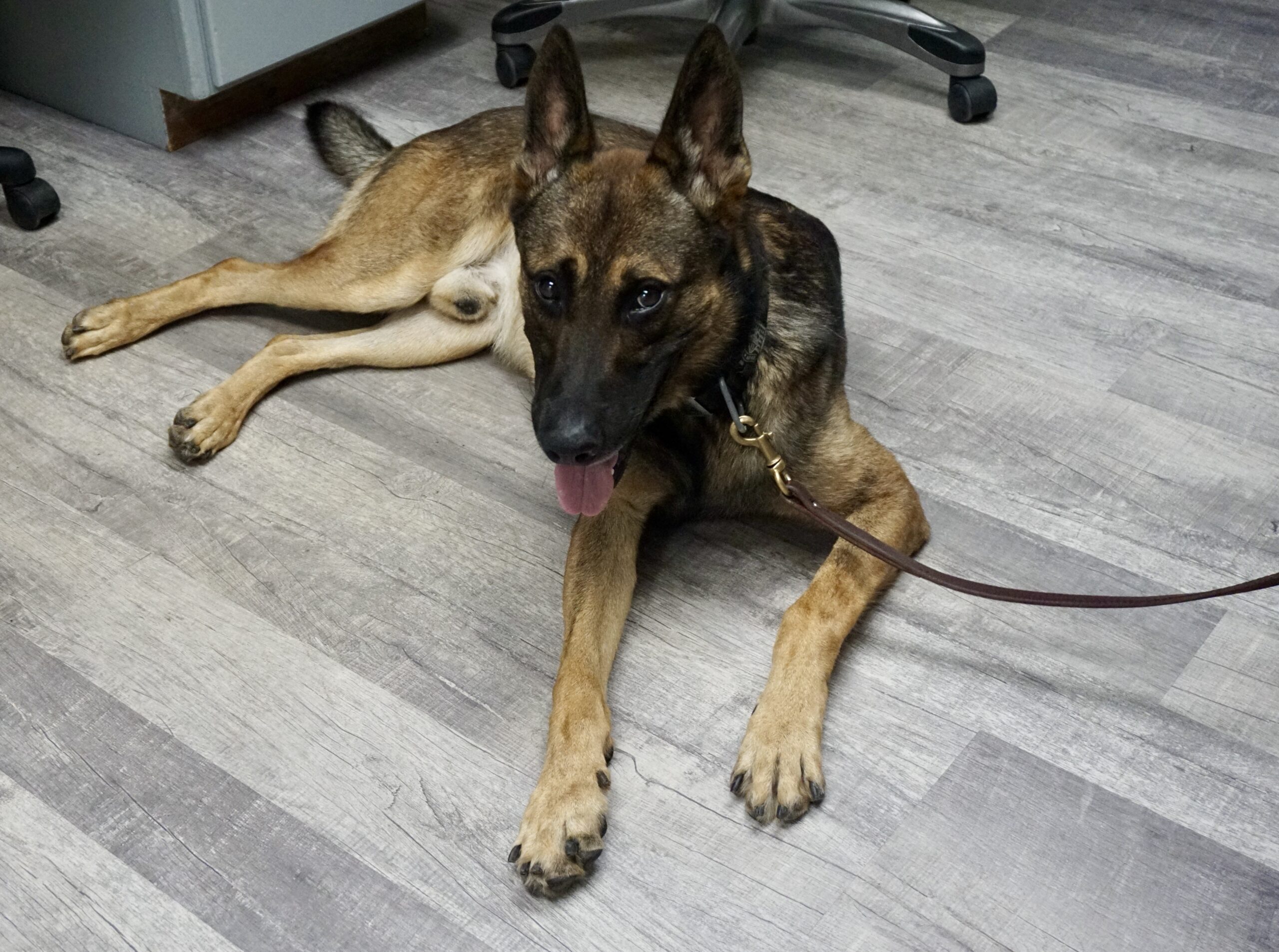 CROCKETT — For the first time, Houston County has an active K9 unit on call and ready to sniff out everything from narcotics to fugitive suspects. Kiler (pronounced “kai-ler”) is a three-year-old Belgian Shepherd who works with Crockett Police Department (CPD) officer Nathan Key.

The Belgian Shepherd breed, like its more well-known German cousin, was also bred for hunting. However, they tend to be lighter and healthier than German Shepherds. Law enforcement around the world tends to favor the Belgian variety, due to their ability to stick to a job longer and not get bored.

Agent Key has been a DPC agent for approximately three and a half years. He started working for the Crockett Fire Department, but when a vacancy wasn’t available to him, he moved to the police. Before returning home to Crockett to serve in law enforcement, Key served in the military for 15 years.

CPD Chief Clayton Smith came up with the idea of ​​creating a K9 unit for the force. Key enthusiastically volunteered to be the K9 officer. In January of this year, Key began training to work as a canine officer.

“In January of this year, Kiler and I were paired up with Pacesetter K9 which is in Liberty Hill, Texas,” Key explained. “Kiler is a tracking and narcotic dog. It is not a patrol dog, or what is called a “biting dog”.

Currently, Key and Kiler are the only K9 unit in Houston County. They are called in by various agencies to help track down suspects or detect narcotics. Kiler’s specialty is detecting heroin, cocaine, methamphetamines and MDMA – otherwise known as ecstasy.

The team has previously worked with the CPD and other Houston County law enforcement agencies to detect and arrest suspects in cars, homes, and even in the woods. They recorded three arrests with Texas Department of Safety (DPS) officers in the area.

The dogs are trained to give a “say” or an alert when they detect narcotics or hidden fugitives.

“Kiler’s alert is passive, which means he’s not scratching the car, like you see some dogs do, which is an active alert,” Key said. “He will sit and just focus on the scent he detects.”

“When we first met he was very distant. He didn’t know me and didn’t want to know me. He just wanted to work and go back to his crate. Recently his playful puppy side came out and we definitely developed a hell of a bond,” Key noted.

Kiler himself turned out to be the strong, silent guy with few words for the Messenger. On leave and sitting with his patrol partner and adoptive father, Key, Kiler becomes a puppy again – he wants attention, scratching his belly, and having a good time with an old-fashioned human dog. Key uses special phrases with Kiler to make him obey. Kiler seems to both love attention and obey Key’s commands.

Key explained that the connection between the two goes beyond the work they do. “I have always had a family dog. When I was in the military we also used dogs and I was amazed at what a dog can do when trained.

Kiler lives with Key and his family. Key’s children adore Kiler, feed him and play with him when he is not on duty. It took some time to get her diet and feeding times correct to avoid motion sickness. Most dog owners would be afraid to let the family pooch go on a police patrol to chase down suspects and narcotics. However, it’s all part of a day’s work for Kiler.

Part of Key’s training was knowing when and where to deploy Kiler and when to hold back. The pair have backed off in some situations where Kiler lacks the training for a certain situation. The intense heat this summer has also been tough on him – as it has on many of us.

Key later hopes to form a larger K9 team to work in Houston County. In the meantime, the pair will remain on patrol and ready for any calls that require an expert nose.

Greg Ritchie can be contacted at [email protected]

At K9 Partners for Patriots, veterans save service dogs – and vice versa