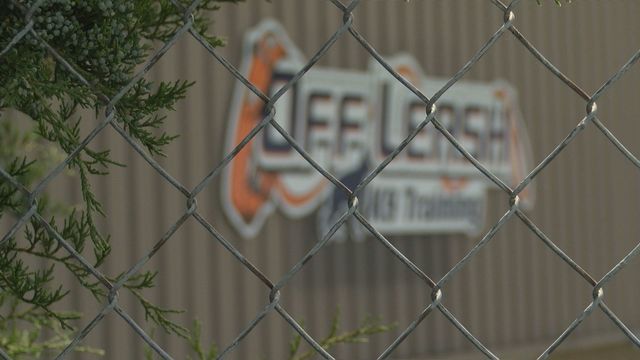 Knoxville, Tenn. (WJHL) – A day after News Channel 11 revealed a dog had died in the care of Off Leash K9 Training in Johnson City, another woman is talking about their “extreme training methods.”

Amanda Asbury is president and founder of East Tennessee Boxer & Bulldog Rescue in Knoxville, Tennessee, which she described as a nonprofit rehabilitation organization.

“I was not given justifiable reasons as to why it was taking so long,” Asbury said.

Finally, she said she gave up, demanding to get the dog back and withholding an additional $700 payment from LaFerney.

“I cannot ethically, knowingly, with my heart give money to someone who I know has abused an animal,” Asbury said.

Asbury said when she picked up Gunner, he lost 25 pounds, about a third of his body weight.

She said he was in good health when he arrived at Off Leash K9 Training.

“It didn’t even look like the same dog. I mean I could see his hips, his ribs,” Asbury said.

Asbury said she didn’t realize the facility’s training methods were so extreme. She claimed they withhold food for long periods of time and use high-intensity shock collars to get the dogs to respond to training.

For example, when she went to pick up Gunner, Asbury said he wasn’t responding to the coach’s orders. It was then that she said she saw them using the necklace with her own eyes.

“At one point they had shocked him so much that the capillaries in his eyes actually broke and started bleeding and by then I was done,” Asbury said.

When she brought the dog home, she said the problems continued.

“His spirit was gone. I mean, it just wasn’t the same dog,” Asbury said. “Every time he ate, he vomited.”

She said there are no licensing or permit requirements in Tennessee for dog training facilities.

Francis Lloyd, Asbury’s attorney, confirmed Thursday that she had tried to claim damages from LaFerney over the incident. Lloyd said he advised her not to go through with it because the money she could make would likely have been less than the trial expenses.

LaFerney declined News Channel 11’s interview request on Thursday because she is in the process of finding a lawyer.

In a statement Wednesday, LaFerney said she was cooperating fully with the ongoing investigation into aggravated animal cruelty at her facility.