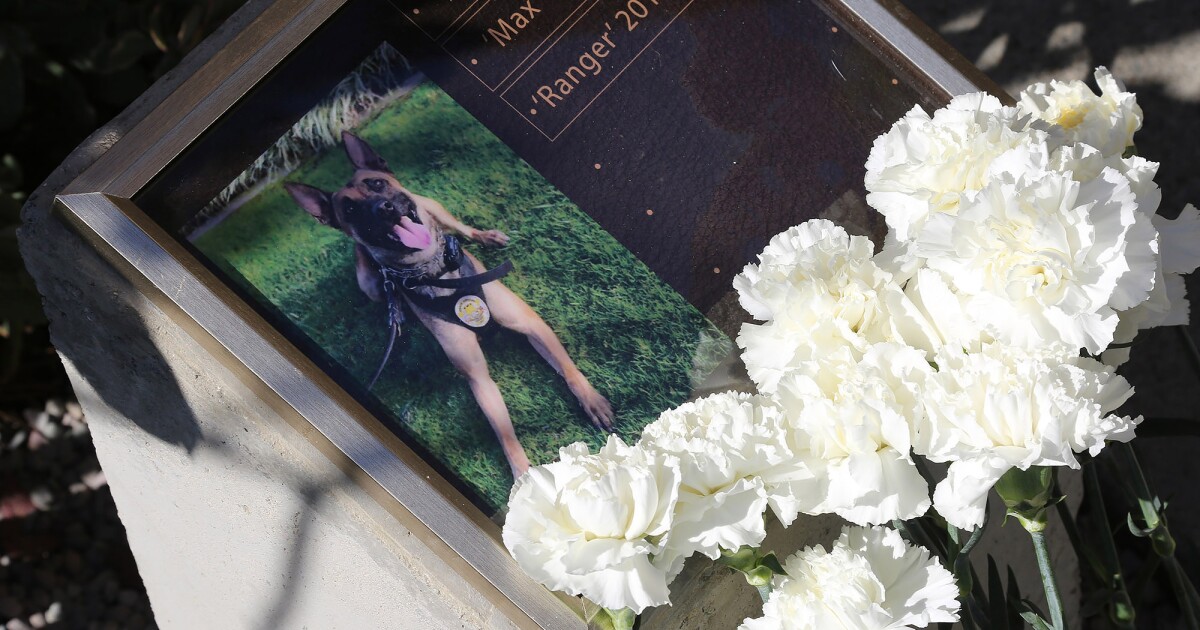 The Laguna Beach Police Department will soon swell its ranks, as the department has benefited from recent donations from the community.

Donations totaling $146,300 were accepted by the Laguna Beach City Council on Dec. 14, with funds coming from Bob and Bobi Roper, the Crevier Family Foundation and the Offield Family Foundation.

The funds will be used to purchase a K9 police vehicle and two police dogs.

“This is extremely generous from some really generous people in our community, so I want to thank them for that,” said Laguna Beach Mayor Sue Kempf.

These new additions follow the loss of Ranger, the department’s newest service dog. At the annual commemoration ceremony for officers who died on September 21, a K9 memorial of Gerard Stripling was presented.

Laguna Beach Police Chief Jeff Calvert said the department will be looking to introduce the first of two service dogs in the first quarter of 2022, with the next debuting with the department in the second quarter.

“Unfortunately, earlier this summer we lost the K9 Ranger officer to cancer,” Calvert said. “Working with K9 Manager Cpl. Zach Fillers, they have truly become a force multiplier for our organization, for public safety in general.

“The dogs are trained not only for apprehension, but also for the detection of narcotics. Another key component of this program is awareness and engagement. My staff and I feel that having seven day a week coverage with both dogs – one on the first half of the week and one on the second half of the week – will only add an extra layer of security public to the community. ”

Support our coverage by becoming a digital subscriber.

Kadlec Regional Hospital will add K9 in the new year