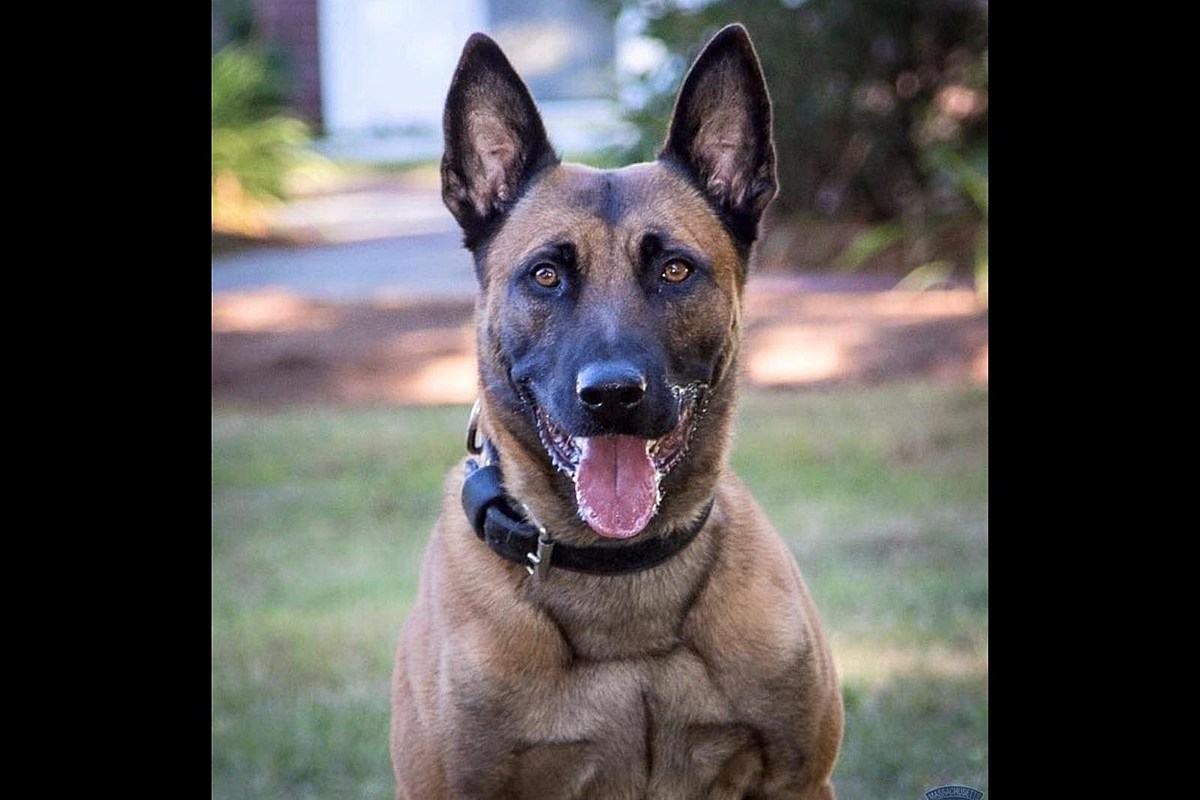 A longtime Massachusetts State Police K9 was killed in the line of duty today, and local law enforcement and first responders send their condolences.

K9 Frankie was shot and killed during an attempt to apprehend a wanted fugitive who had barricaded himself in a residence, State Police Col. Christopher Mason said. The suspect then committed suicide.

Mason said shortly before 9 a.m., the State Police Violent Fugitive Apprehension Section staked out a three-story multifamily home at 40 Oliver Street in Fitchburg after discovering that fugitive suspect Matthew Mack, 38 years, was at the scene. Mack was wanted on warrants charging him with firearm and accessory offenses after the fact following a July 21 shooting incident in Fitchburg.

When the soldiers made verbal contact with Mack, he refused to leave the house. Mason said state police discovered Mack was both armed and had “a propensity for violence.” Several phone calls were made with Mack and his family members in an attempt to get him to surrender peacefully, but he refused.

At approximately 2:48 p.m., Mack was observed at a rear exit from the residence, Mason said, and the decision was made to try to apprehend him. Private David Stucenski and K9 Frankie approached where Mack was seen, and Mack fired several shots, hitting Frankie, before retreating into the residence. At approximately 5:20 p.m., a drone was used to obtain a visual inside the residence, where it was discovered that Mack had died from an apparently self-inflicted gunshot wound.

Immediately after being shot, Frankie was taken from the scene by ambulance to Wachusett Animal Hospital in Westminster, where he was pronounced dead. Frankie, a Belgian Malinois, would have turned 11 next month and had served in the state police for about nine years, Mason said.

He became the first Massachusetts State Police K9 killed in the line of duty.

According to Mason, Frankie was “a highly decorated member of the Massachusetts State Police”. He received the Medal of Valor in 2017 for apprehending a fleeing suspect who shot him and Private Stucenski. He also won the State Police Merit Medal for the same incident. In 2014, Stucenski and Frankie won three United States Police Canine Association awards for evidence retrieval, agility, and other law enforcement skills. Last month, the pair were honored by state police for apprehending a gun-toting child pornography suspect who opened fire on them at a West Springfield motel.

“Frankie had all the traits we look for in a good law enforcement officer, canine or human: intelligence, immense courage and dedication to protecting the public. He was as loyal a partner as any soldier ever had. Mason said. “He was a beloved member of the Massachusetts State Police family and the Stucenski family. He was, as much as any human of the Department member, one of us and part of us.

The Wareham Fire Department offered their condolences on Facebook, calling Frankie’s death in the line of duty “terrible”.

The Dartmouth Police Department wished to send “collective thoughts and prayers” to the state police.

“Although he crossed the Rainbow Bridge, we are certain that Frankie undoubtedly maintains a dedicated and loving watch from above,” the DPD posted on Facebook. “RIP hero. We’ll take it from here.

“Rest in Peace K9 Frankie from the Massachusetts State Police,” the New Bedford Police Department posted on Facebook. “You are all in our thoughts and prayers.”