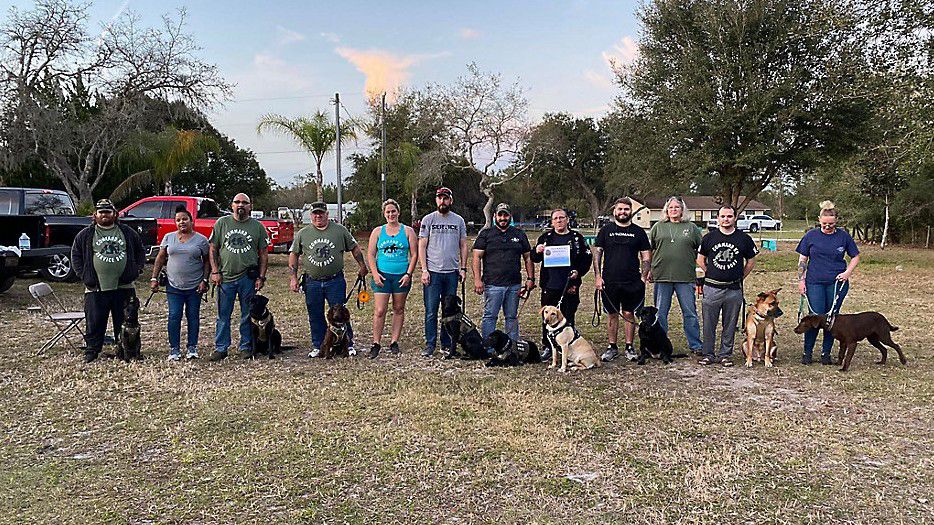 DELAND, Fla. — Veterans know all too well that dressing for service comes with sacrifice.

“People think a flashback is just a memory – it’s not,” said retired Sergeant Major Ed Rosa of Deland. “A flashback is a feeling like you’re back to that time and place in combat, or whatever traumatic experience it was. You can smell the smell, you can hear the sounds.

Rosa served nearly 21 years in the military, with multiple overseas tours. He followed in his family’s footsteps; his grandfathers served in World War II, his uncle and father served in Vietnam. His sons also enlisted later. For Rosa, who eventually rose through the ranks in the military’s counterintelligence operations, that meant putting her country first, including her family and her own health.

Rosa’s overseas service took place in the early 2000s, when America was at the height of war. After returning home, he noticed his signs of post-traumatic stress disorder and other physical ailments. He mostly ignored the signs for 15 years until a friend and veteran committed suicide. One act Rosa said was a wake-up call.

NOW on @MyNews13: A new nonprofit in Volusia County is helping veterans find help and hope – returning to the training ground.

We feature Command K9 Service Dogs at 1pm past. pic.twitter.com/pFGuqkBKUF

RETURN TO THE TRAINING GROUND

Rosa is now back on the training ground, teamed up with a new “combat mate”. With 10-month-old Harley by his side, the Labrador pup and the army veteran learn together how to adjust to a post-military life.

The training is part of a new non-profit organization based in Volusia County. Ally Nass founded Command K9 Service Dogs about a year ago.

“I started this because I saw the difference in my life,” Nass said. A disabled veteran herself, Nass grew up with dogs. She joined the military and was assigned to a K9 unit training dogs for military and security services.

She now trains dogs to help other veterans. Nass is disabled due to injuries sustained in the military and has developed anxiety due to military sexual trauma. His closest companion is a 3 and a half year old Labrador-Catahola mix named “Trump”.

She trained Trump to help her with almost every day-to-day chore — opening the fridge, retrieving bags, removing socks and shoes, picking things up off the floor, even standing firm to help Nass get up off the floor.

Traits Nass is now helping teach others who will soon be service dogs and veterans.

The unique trait of Command K9 Service Dogs is that it pairs puppies and veterans early, where they train together.

“It changed my life. My quality of life has nothing to do with what it was before,” Nass said. “I still battle PTSD on a daily basis, and sometimes anxiety with panic attacks, but my dog ​​is doing so much better.”

Nass said the program helps improve the quality of life for veterans who often feel isolated due to the effects of service.

Rosa is not just an intern, but is now using her retired life to help Command K9 Service Dogs win grants and donations to grow the program. Nass said she has worked with 50 dogs since the program began, including 15 so far. The dogs are donated to the group, but Nass said they will need community support to continue.

Data from the US Department of Veterans Affairs shows that the efforts improve the physical and mental health of veterans. The number of veterans receiving mental health care from the VA increased 90% from 2006 to 2019, with funding for the programs increasing during that time from $2.4 billion to $8.9 billion. The VA’s 2021 Annual Veterans Suicide Prevention Report shows that overall veteran suicides are down, while civilian suicides are up. In 2019, an average of 17.2 veterans committed suicide every day in the United States. This includes 553 veterans in Florida in 2019.

Members of Command K9 Service Dogs say it’s a core aspect of their nonprofit organization. While they pair service dogs in training with veterans and are tailored to their needs, the program also helps connect veterans to one another, creating a support system for one another. If you or someone you know needs help, please contact the National Suicide Prevention Lifeline at 1-800-273-8255.