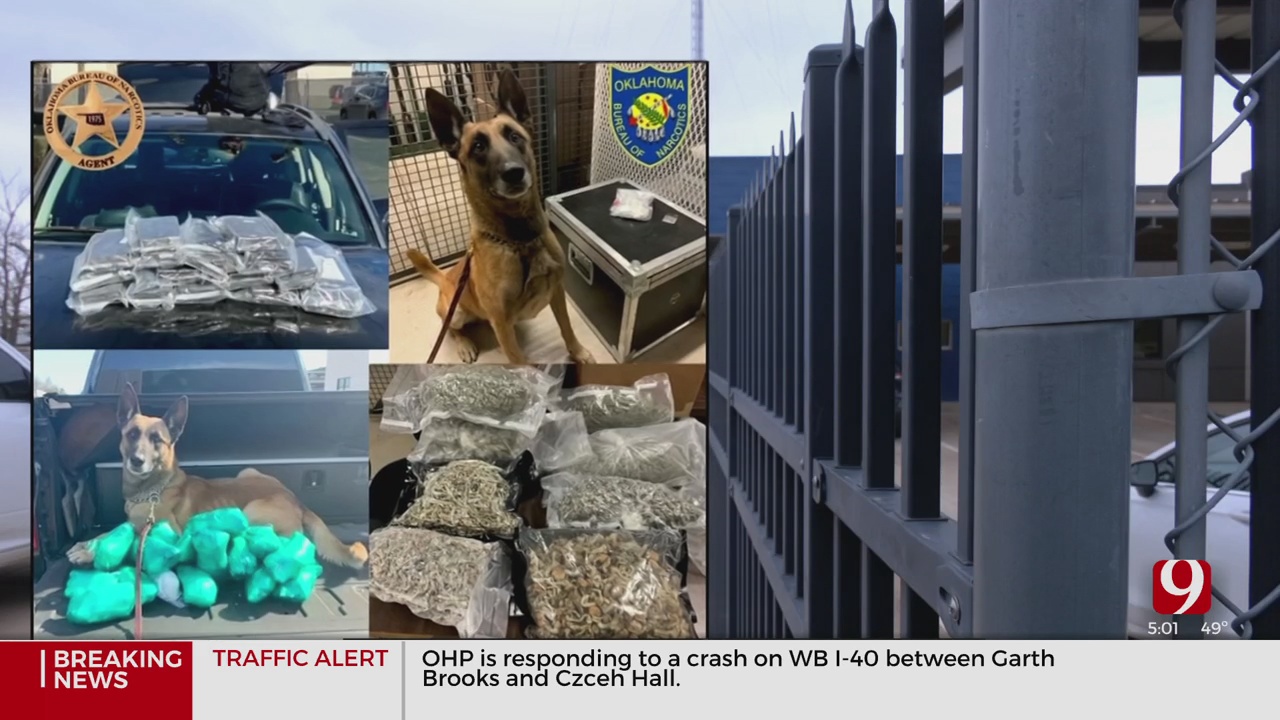 The drugs were discovered hidden in a car by OBN’s K-9 named Yeko.

The bust began with a traffic stop and ended with OBN seizing fifteen pounds of cocaine.

“Demand is up. Supply is up and price is down, so we expect to see more of these kinds of foreclosures on the highway in the coming months,” said Mark Woodward, head of OBN’s public information.

Yeko posed next to the drugs found during the traffic stop earlier this week. From the outset, officers became skeptical of the car when the driver and passenger stories didn’t line up. Then Yeko focused on a spot under the car.

“There are certain signs that can tell something was recently opened, recently tampered with. We ended up finding about 15 pounds of cocaine.” said Woodward. “This cocaine was packaged and hidden under the vehicle near the axles of the vehicle in some of the different compartments there.”

The discovery adds to the pounds of other substances intercepted by OBN in recent weeks.

“We have several large shipments of cocaine and methamphetamine. We also found magic mushrooms,” Woodward said. “We found over 8,000 cartridges of illegal marijuana that had been smuggled through the United States.”

They also confiscated over 40 pounds of fentanyl. OBN will not identify the names of the I-40 arrest suspects while its investigation continues.

“We’re continuing to try to work with them to see if we can figure out where the drugs were going and where they were coming from,” Woodward said. “We’re still hoping to follow this as far as we can and get the actual sources because often times they’ll just keep moving others,” Woodward said.