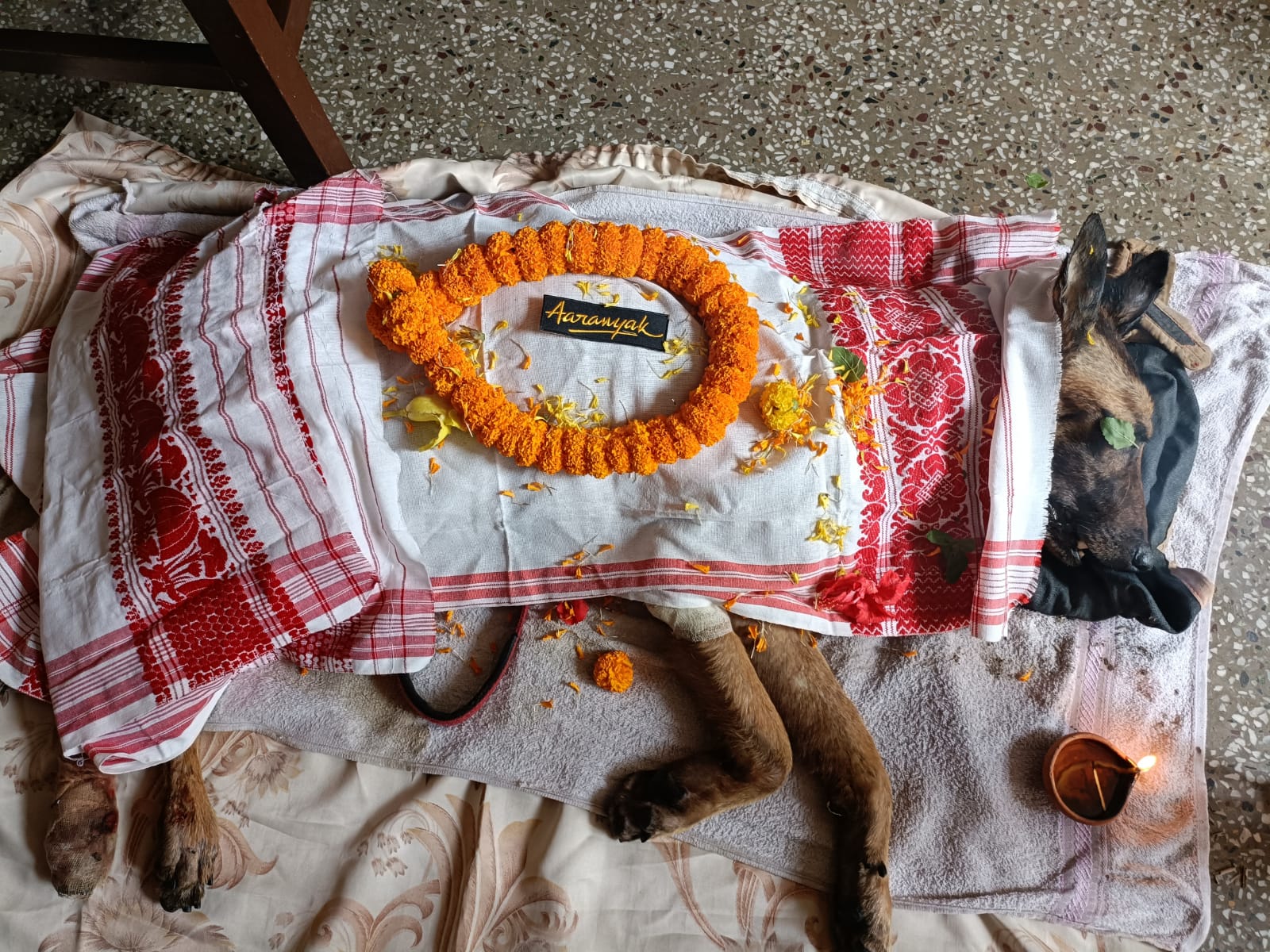 Babli, who has been stationed in Orang National Park in Assam since August 11, 2018, was a popular Aaranyak frontline staff.

During her association with Aaranyak’s K9 Dog Squad since 2014, she has been instrumental in increasing anti-poaching measures in Orang National Park and the Tiger Reserve which boasts of a treasure one-horned rhinoceros.

“All of us in the Aaranyak family are deeply saddened by the loss of Babli, a well-trained member of our elite K9 unit, stationed at Orang National Park to support his anti-poaching efforts. She breathed her last at around 8:40 a.m. this morning due to illness,” said Aaranyak Chief Executive Officer (CEO), Dr. Bibhab Kumar Talukdar.

Babli’s contribution to complement the efforts of government agencies for the overall mitigation of wildlife crime in and around Orang National Park will always be appreciated.

“She was brought in to join Aaranyak’s K9 unit in 2014. During her last hours, our K9 team was with her, as well as the CEO, Dr. Bibhab Kumar Talukdar,” an Aaranyak official said. .

Preventing or controlling poaching, which is difficult to achieve, is key to the success of wildlife conservation efforts. It has been observed globally that exemplary sanctions against poachers/criminals could have a deterrent effect on poaching.

However, convincing the court to impose an exemplary sentence on the poachers charged under the provisions of the popular wildlife protection law is a daunting task because the court requires very convincing evidence.

Read also : Assam: All educational institutions will be closed in Guwahati on Wednesday

In order to facilitate a harsh court judgment against accused poachers, investigative agencies need to gather concrete evidence that can convince the court of the wider/global ramifications of a wildlife poaching incident.

In cases of poaching and other wildlife crimes, the collection of evidence must be very scientific, systematic and fast (especially in cases of poaching). For ever understaffed government wildlife agencies, which sometimes lack well-equipped experts to conduct scientific investigations to gather concrete evidence, dealing with poaching incidents often becomes a difficult proposition.

In this respect, K9 Dog Squad has now become the pride and glory of Aaranyak as well as wildlife agencies in Assam and other parts of East and North East India.

The K9 squad has revolutionized the investigation of wildlife crime in the valley region of Assam since its inception.

It has given a lot of teeth to the investigative process and has led to an increase in the conviction rate in wildlife poaching cases, including the one-horned rhino in the region.

Babli and his handler were supported by the David Shepherd Wildlife Foundation, UK.

Orang bids farewell to Babli, a member of the K9 squad that tracked down poachers