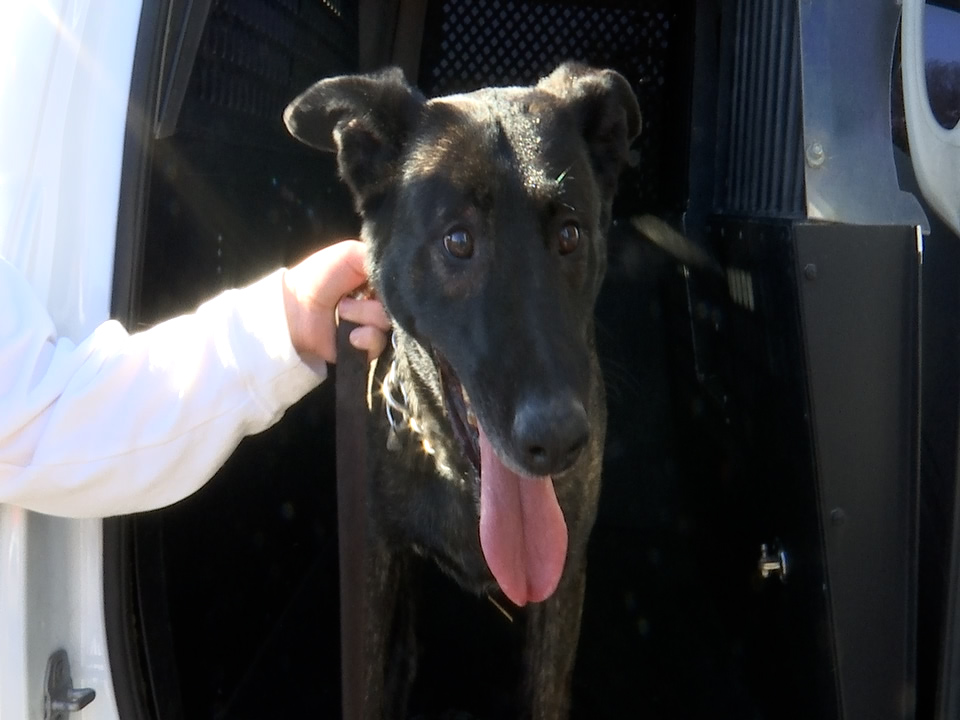 LENOIR CITY, Tenn. (WATE) – They say a dog is a man’s best friend, but for officers the bond is even stronger. Following the tragic death of Loudon County Deputy, Sgt. Chris Jenkins, his K-9 partner, known as “Deja Vu” or “Deja” had to make an unexpected adjustment.

“They live at home with you,” said Lt. Michael Watkins of the Loudon County Sheriff’s Office. “You leave your children to go to work, this (Deja) comes to work with you. So you never leave that kid’s side,” he said.

Hand in paw, the relationship an officer has with his K-9 is unbreakable. This was especially true for Jenkins and Deja. On Feb. 3, an unexpected tragedy caused the two to say goodbye sooner than expected after Sgt. Jenkins was killed while clearing debris from I-75 North.

“They were the perfect pair,” Watkins said.

Watch: Loudon County Deputy Chris Jenkins will be laid to rest on Wednesday

Watkins also said he was the one who pulled Deja out of the deceased deputy’s vehicle, and he quickly noticed the difference it made to Deja’s life by not having Jenkins by his side.

“She was very quiet, never barked, she wasn’t very energetic,” he said.

After spending time at the sheriff’s office and reuniting with her family, Deja has become her energetic self again. Now she and Watkins can reminisce about the good Jenkins did for the community with Deja by her side.

“I’m very lucky to have known Chris and to have been able to work with Chris,” said Watkins. “Him and his partner here, it’s absolutely detrimental to the county they live in, for the support they’ve given against crime and also just being nice.”

Jenkins’ family will decide where Deja’s next home will be, but for now, she’s stationed at the Loudon County Sheriff’s Office.