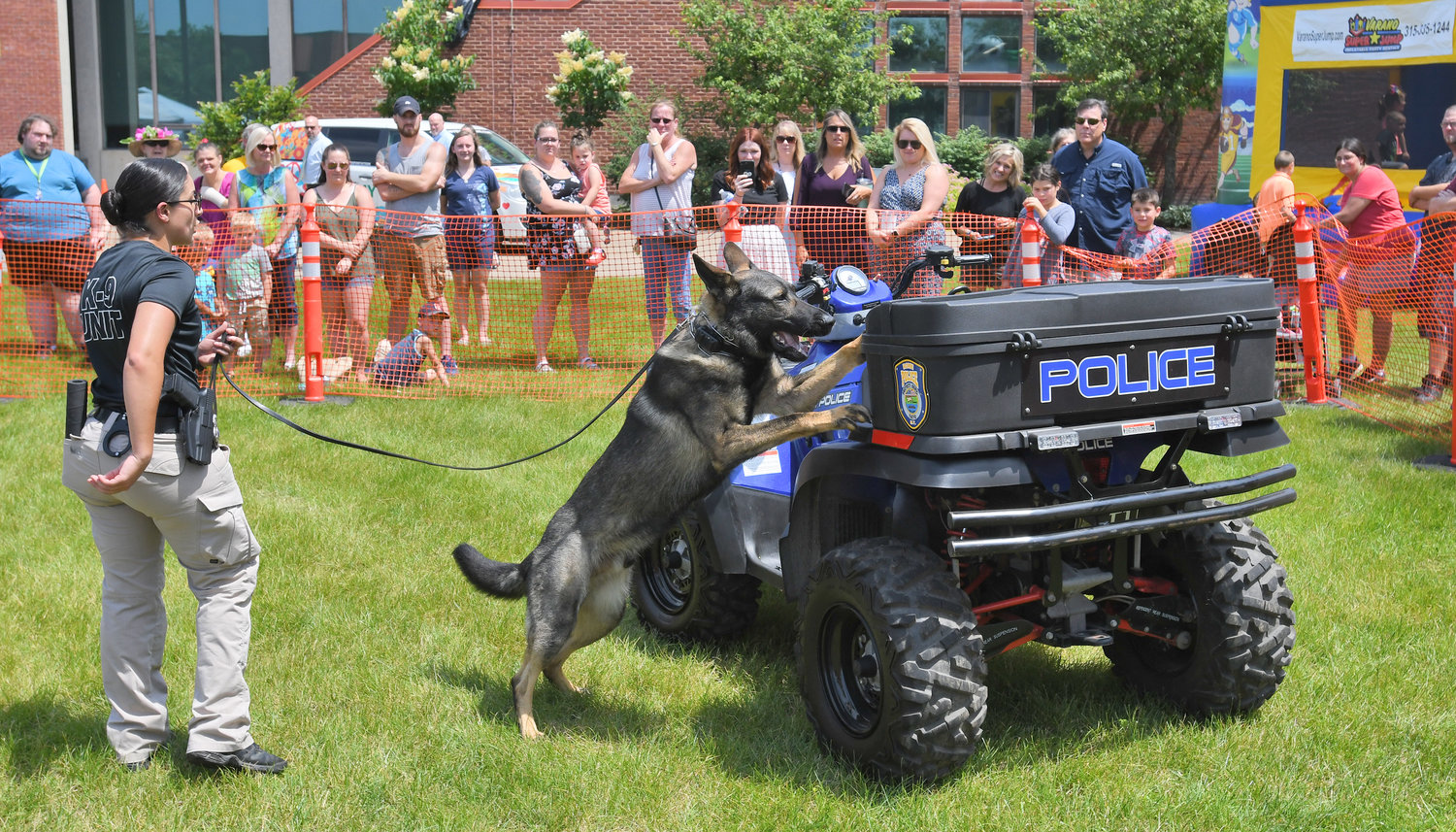 The Rome Police Department will disband its K9 unit at the end of the year because there is no longer a need for marijuana-sniffing dogs, according to Police Chief Kevin C. Beach.

The department seeks to remove Arko and Spock early and send them home with their handlers. Beach said the option remains open to reform the unit down the line when they can acquire new dogs.

“We have been anticipating this as a possibility for the past two years. We really had to take a long and hard look at what the main functions of our K9s are.

Beach said Arko, a German Shepherd, and Spock, a Belgian Malinois, are both trained to detect five different types of narcotics, including marijuana. New York State legalized marijuana possession earlier this year, and Beach said there are legal liability issues if they continue to use the dogs.

Beach cited a 2019 case in the Colorado Supreme Court that overturned a drug conviction because marijuana was no longer illegal, and therefore Colorado officers had no probable reason to use their dog first. place – regardless of what they ultimately found in the vehicle.

“That’s what a good defense attorney is going to bring up,” Beach remarked.

There’s been “a lot of talk” among police departments over the past few years about marijuana dogs, Beach said. The department considered whether or not Arko and Spock could be recycled.

“Is there a way to retrain dogs or desensitize them to marijuana? And the answer was ‘no,’” Beach said. He said dogs alert officers to all types of drugs equally, and dogs can’t just turn off training that recognizes marijuana.

The chief said there has also been a shift over the years against the use of dogs to help apprehend criminals, particularly with recent bail reform changes in the state. “We’re not going to use that kind of force when you’re just going to give them a ticket,” Beach said.

The chief said that the closure of the K9 unit was not done for budgetary reasons.

“It’s not a budget-based decision,” Beach said. “It is not a popular decision. But it’s the right decision for the City right now.

It will also be up to the city going forward whether or not to reform the unit, Beach said. Most K9 training organizations across the country have already stopped training police dogs to detect marijuana, he noted, and Rome could bring in one of those dogs.

“We’re not against buying a new dog in the future. It’s a possibility. We haven’t ruled that out,” Beach said. But it comes up against the same issues as any major business: “It’s a time-consuming and expensive thing.”

As for Arko and Spock, Beach said the department is considering sending them home with their handlers. Arko responds to Patrolman Alexzandra S. Carletta, and Spock works with Patrolman Frederick J. Carnevale.

“It’s normal practice for us,” Beach explained. “The first option is for the handler to guard the dog.”

When the previous K9s retired from the force, they returned home to live with their masters. But because the dogs are technically city property, Beach said there’s a certain amount of bureaucracy to deal with to “sell” the dogs to dog handlers, usually for around $1.