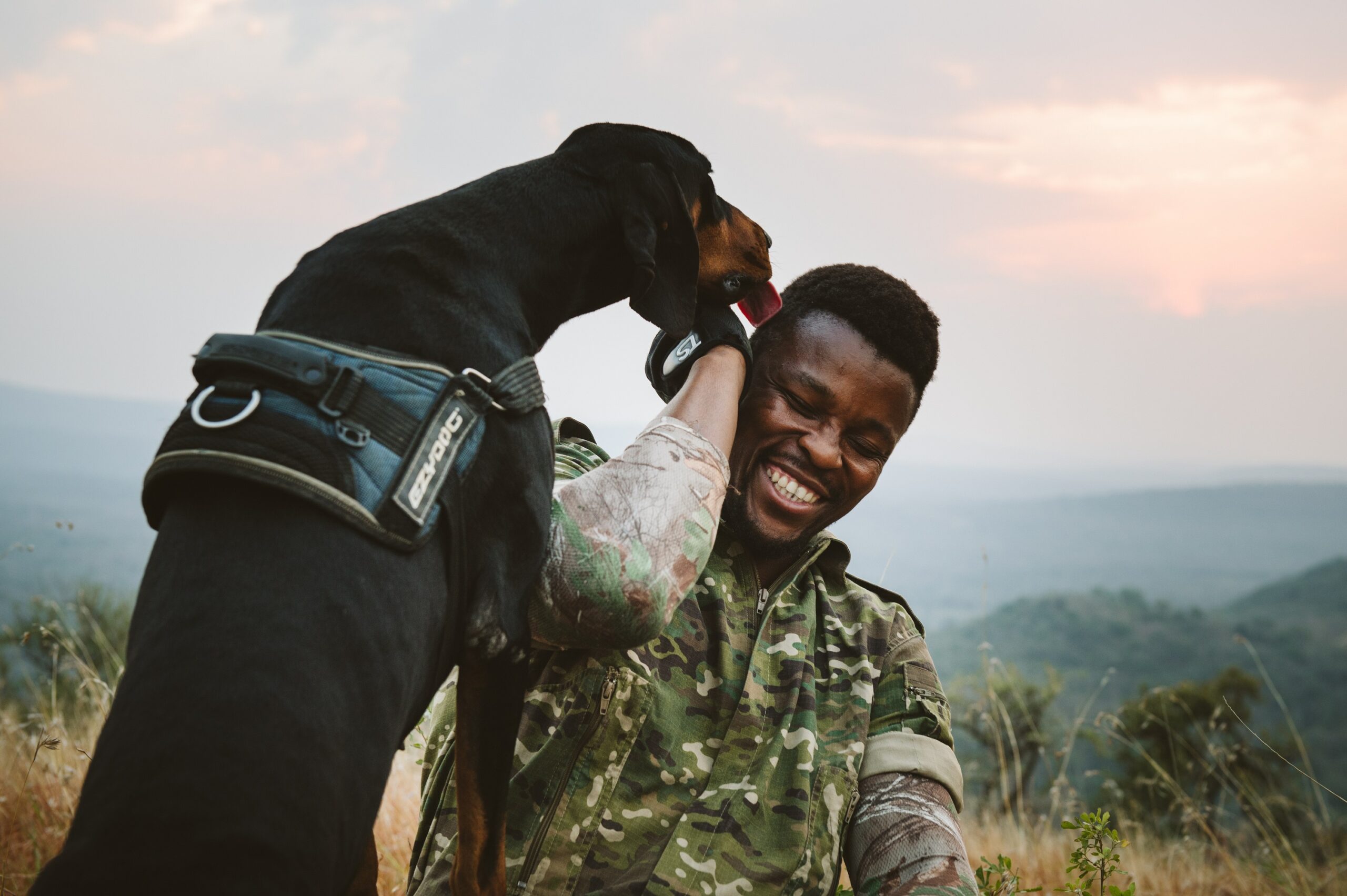 The ‘pawsome’ series, ‘Making CONTACT’ was filmed in Hluhluwe iMfolozi, Kruger National Park and Cape Town and was created by Hill’s Pet Nutrition, to help keep paws and boots grounded to protect our wildlife in this country. .

The series tells the personal stories of five of the dogs and their handlers – the companionship, the perseverance and connection between them and the important bond with our natural environment. It also raises awareness of key organisations, protected areas and individuals on the ground who are all working together to protect our natural heritage.

“95% of our poaching arrests are made with the help of tracker dogs,” says Johan de Beer, K9 Manager, Kruger National Park of South African National Parks. Today, Hill’s Pet Nutrition sponsors over 46 dogs in Kruger National Park’s K9 unit, two in Hluhluwe-iMfolozi Park and 14 in other parks across the country.

“This heartwarming series not only recognizes the incredible role these dogs play in protecting our natural heritage, but also their incredible handlers who, through their commitment to working with dogs, are making a real difference in the fight against poaching,” says Dr Guy Fyvie, Veterinary Affairs Manager at Hill’s Pet Nutrition.

“There are substantial costs associated with the training, feeding and health of the K9 unit dogs and Hill’s Pet Nutrition has proudly sponsored the units with food, equipment and health care. over the past decade,” says Dr. Fyvie.

De Beer says this generous, ongoing donation is a huge help in training and nurturing these dogs so they can perform at their best. “We hope that by highlighting the work these dogs do, South Africans will help us keep paws and boots on the ground and expand our K9 units.”

Hluhluwe-iMfolozi Park located in KwaZulu-Natal is often referred to as the “birthplace of the rhino” because it was in this area that the southern white rhino was rescued from the brink of extinction. a half-century. Threatened by poaching, the park must continually adopt and adapt methods to protect the species and ensure the conservation of this crucial population in the future.

The park is home to the largest rhino population outside Kruger National Park and is managed by the provincial conservation authority, Ezemvelo KZN Wildlife. Hluhluwe iMfolozi K9 unit was revamped in 2020, and currently they have two dog handlers and two Doberman/Bloodhounds breeds called Ghost and Gecko which are classified as cold smell dogs with the ability to track scents who have up to eight hours.

“The K9 unit has an incredible success rate and the deterrent factor of having such a unit in place can never be underestimated,” says Dennis Kelly, Makhamisa Section Ranger, Hluhluwe iMfolozi Park, of Ezemvelo KZN Wildlife.

“The K9 anti-poaching unit is seen as a game-changer for South African national parks,” says De Beer. Since its inception in 2012, the Kruger National Park unit has grown from three to 46 dogs. Following great success, the project was extended to other national parks with a total of 60 dogs now working across the country.

A short synopsis of episodes, the complete series can be viewed by visiting this link:

Episode 1: Ghost Trail – among the brutal reality of conservation, caring companions are formed.

Episode 2: Lifeline – K9 anti-poaching teams risk their lives every day. The heightened senses and body language of dogs become invaluable to their owners. The risks are real and the outcome is unpredictable.

Episode 3: United Together – the fight against poaching cannot be approached individually. To be successful, anti-poaching units need the help of a team.

Episode 4: The SEAM Team – an ongoing silent war in our quiet oceans is underway. As human beings, we tend to create a commodity out of our national heritage.

Episode 5: Disconnect. Log back in. – connecting to our natural environment means learning from it, respecting it and loving it.

In conjunction with Hill’s Pet Nutrition, South Africans are being called on to help keep paws and boots on the ground by donating to K9 Anti-Poaching Units. Donations can be made here and all proceeds will go to SANParks K9 Unit and Ezemvelo KZN Wildlife K9 Units.

“Helping to protect and conserve our planet and wildlife is of global importance to Hill’s Pet Nutrition. Wilderness areas and their inhabitants are where we go to keep our spirits alive and should be conserved for generations to come,” says Dr Fyvie.